Instagram shares more personal data than any other App Store app, a new study has revealed.

Coming in second is Facebook, which gives 57 per cent of users’ data away, followed by LinkedIn and Uber Eats, both of which share half their users’ data with third parties.

Indeed, food delivery apps are surprisingly profligate with data: only Just Eat, Grubhub and My McDonald’s give nothing away at all.

“Although sometimes it is necessary for apps to pass on certain information to third parties in order to help them provide a service, a frightening amount of apps are actually doing it for their own gain, not their users,” says Ivan Dimitrov, digital marketing manager at pCloud.

“Profiting from the sharing of private personal information is becoming more proliferate in modern-day online practice.”

Klarna and Grubhub are the next worst offenders at 64 per cent, while Uber and its food app, Uber Eats, both use 57 per cent.

Skype, Microsoft Teams and Google Classroom collect no data at all for advertising or third parties, alongside Telegram, Clubhouse, Netflix, and Signal. Meanwhile, social media stars Bigo Live and Likke are amongst the top 20 safest apps to use, collecting just two per cent of users’ personal data.

And Amazon came surprisingly low in the list, with minimal tracking for its own advertising, and no data passed on to third parties.

“Social giants like Instagram and Facebook look to aim to collect as much information on users as possible, instead of prioritising guarding their user’s privacy,” says Dimitrov. “Moving forward, anyone using apps should make themselves aware of just what information they are handing over.”

Fri Mar 5 , 2021
Google and other West Coast tech giants are looking for more young talent like Holmes, and they are focusing their search on Atlanta. Kennesaw State University graduate student Siphiwe Msimanga listens to a lecture during an Information Technology class in Marietta. (BRANDEN CAMP FOR THE ATLANTA JOURNAL-CONSTITUTION) Credit: Branden Camp […] 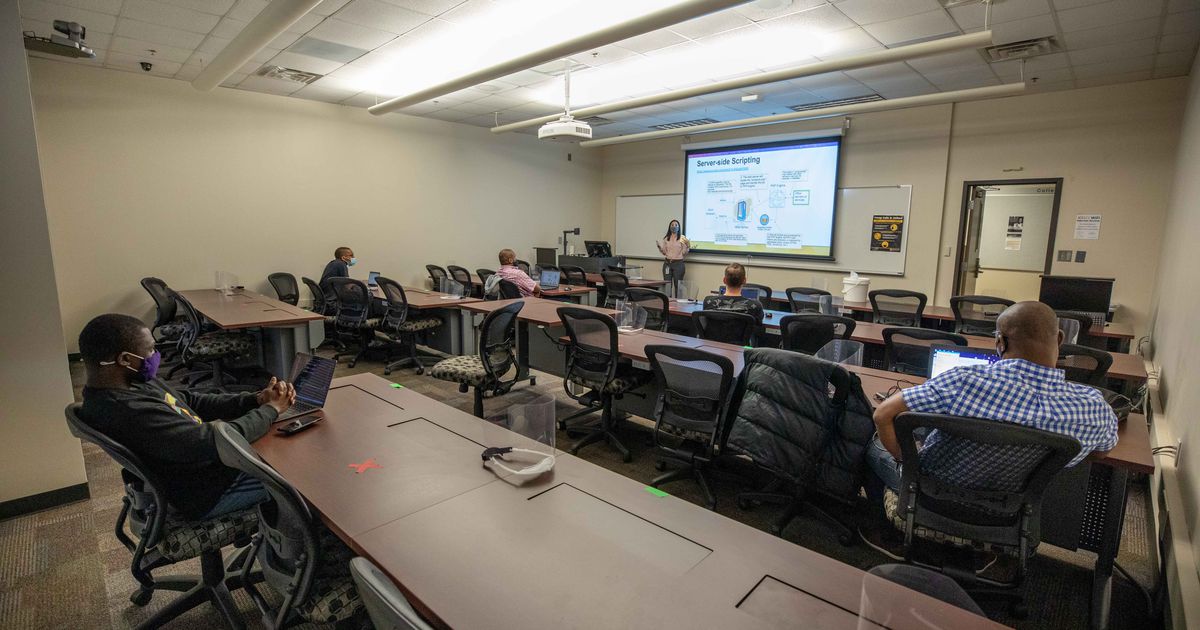