We’ve all watched Crufts, the “world’s greatest dog show,” and been mesmerized by the agile dogs jumping gracefully, obeying commands and performing tricks. The dog show inspires many to start training their own pets, in the hopes of achieving even a fraction of the grace and poise displayed by the […]

We’ve all watched Crufts, the “world’s greatest dog show,” and been mesmerized by the agile dogs jumping gracefully, obeying commands and performing tricks.

The dog show inspires many to start training their own pets, in the hopes of achieving even a fraction of the grace and poise displayed by the highly trained mutts on TV.

Which is why a video of a clumsy puppy trying and failing miserably to complete a basic obstacle course has the internet in stitches. Fred Schultz shared a 25-second-long clip to Twitter on Wednesday, where it’s since been viewed more than 2.5 million times.

It shows the owner trying out their beige pup, which looks like a Golden Labrador, with some basic moves, weaving between seven posts before finishing off with a small jump.

But the dog seems unsure at best, as the owner leads it in between the poles by the leash, before coming to the finale—the jump. While the bar is set very low, the dog appears to walk straight into it, with a half-hearted attempt to get one paw over, which leaves it sprawled over the bar.

Its back legs are tangled on the pole as it makes barely any effort to stand up, simply lying in a heap on the grass. It lies there for a while, seemingly content in what looks like an awkward position, as the owner and cameraman look on and laugh.

Eventually it tries to kick its back legs to get fully over the bar, and just before the clip ends it finally uses its front legs to stand up, and at last looks like it might clear the obstacle.

Shultz, from Illinois, captioned the video, which can be viewed here, as: “Not all dogs are athletic.” The clip was shared widely across the social media site, as viral-video connoisseur, Rex Chapman, shared it to his page, saying: “Some doggos aren’t built for the obstacle course. Wait for it…”

Numerous people commented on the hilarious video, with James Michael Krause saying: “I like how he just laid there for a minute lol.”

And referencing a Crufts-style scoring system, ScaredSasquatch joked: “I fail to see the problem here. I give him 11 out of 10 points, 10 for completing the course plus one for style.”

Louise Martin raved: “Can we all just take a moment to appreciate how many laughs this sweet, clumsy pup has brought to many today!”

Michele noted: “And he just sat there for far too long.”

While Boo thought: “He just kind of falls over it, like a puddle of liquid lol.”

Although some people shared pointers for the owner, with Colorado Texan pointing out: “You have to literally set the bar lower. If you’re training a dog to do something new, make it easier to start off.”

And Skylar Hopkins added: “Hopefully a bunch of people already said this, but just in case: this is unsafe use of agility equipment and the handler should seek out more information. For starters, never use jump bars that are fixed in place. They should fall off when bumped.”

Thu Jul 22 , 2021
CLEVELAND — Senior citizens consistently use technology less than the general public, according to Pew Research Center. What You Need To Know There is a digital divide between younger and older Americans  Cuyahoga Metropilitan Housing Authority (CMHA) is working to close that gap  CMHA offers a free digital learning class to […] 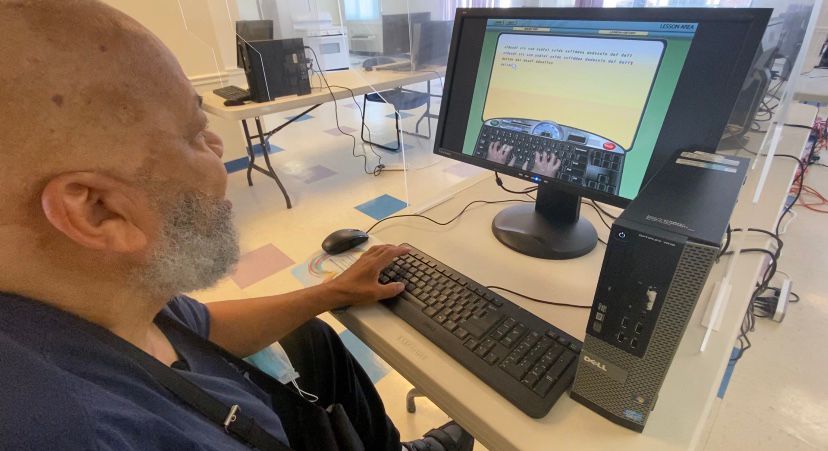