BREVARD COUNTY, Fla. – Rebekah Jones, the fired Florida Department of Health data scientist-turned-whistleblower, turned herself in to police Sunday night to face a felony charge and a possible ban on using computers and the internet as a condition for release on bond, the Florida Department of Law Enforcement said […]

BREVARD COUNTY, Fla. – Rebekah Jones, the fired Florida Department of Health data scientist-turned-whistleblower, turned herself in to police Sunday night to face a felony charge and a possible ban on using computers and the internet as a condition for release on bond, the Florida Department of Law Enforcement said Monday.

Court records show Jones bonded out at her initial appearance Monday morning. Her bond was set at $2,500. It is unclear if conditions were imposed.

The FDLE in their arrest warrant affidavit suggested bond conditions of “no computer access, no internet access, and no contact with the witnesses or those people whose personal information was acquired through the download.”

Jones, 31, was charged under Florida’s computer related crimes statute “with one count of offenses against users of computers, computer systems, computer networks and electronic devices,” the FDLE said. If convicted the third-degree felony can carry a penalty of up to 5 years in prison and a $5,000 fine.

According to FDLE’s arrest warrant affidavit, the FDLE allege Jones sent a message from a Department of Health emergency messaging system calling on civil servants to blow the whistle.

“It’s time to speak up before another 17,000 people are dead,” the alleged message read, in part.

Bert and Carol:Kansas couple fought COVID-19 together but died, holding hands, at a hospital less than two hours apart

The investigation began November 10 after FDLE received a complaint from the Florida Department of Health that someone illegally accessed a state emergency-alert messaging system, known as ReadyOp. FDLE agents determined the message was sent from Jones’ home in Tallahassee, the agency said.

The FDLE executed a search warrant on Jones’ home on December 7. Armed agents raided Jones’ home seizing computer hardware, phones and memory devices. The raid drew criticism from some for its heavy handedness. Legal and digital rights experts were also concerned about the vagueness of the search warrant affidavit.

In a series of tweets Saturday, Jones announced that she would be turning herself in and claimed that her impending arrest was unrelated to the reasons behind the December raid.

But the FDLE alleges that evidence they found as a result of that raid “shows that Jones illegally accessed the system sending a message to approximately 1,750 people and downloaded confidential FDOH data and saved it to her devices.”

The office of the State Attorney for the 2nd Judicial Circuit will prosecute the case.

Coronavirus Watch newsletter:Sign up for daily updates right in your inbox

Jones was fired from the Department of Health in May for alleged insubordination. She has claimed she was fired for refusing to doctor the state’s COVID-19 numbers on the DOH’s coronavirus dashboard. Since then she has created her own competing dashboard which she says presents the data more honestly, and includes additional public health metrics.

More recently Jones began compiling COVID-19 data related to schools nationally, submitting at least two research papers for journal publication. She has gained a considerable online following on Twitter where she has over 370,000 followers and is a frequent critic of Florida Gov. Ron DeSantis.

Woman may have tried to sell Pelosi computer device to Russians, FBI says

Mon Jan 18 , 2021
(Reuters) – U.S. law enforcement is investigating whether a woman took a laptop computer or hard drive from U.S. House of Representatives Speaker Nancy Pelosi’s office during the Jan. 6 siege of the Capitol and tried to sell the device to Russian intelligence, according to a court filing. FILE PHOTO: […] 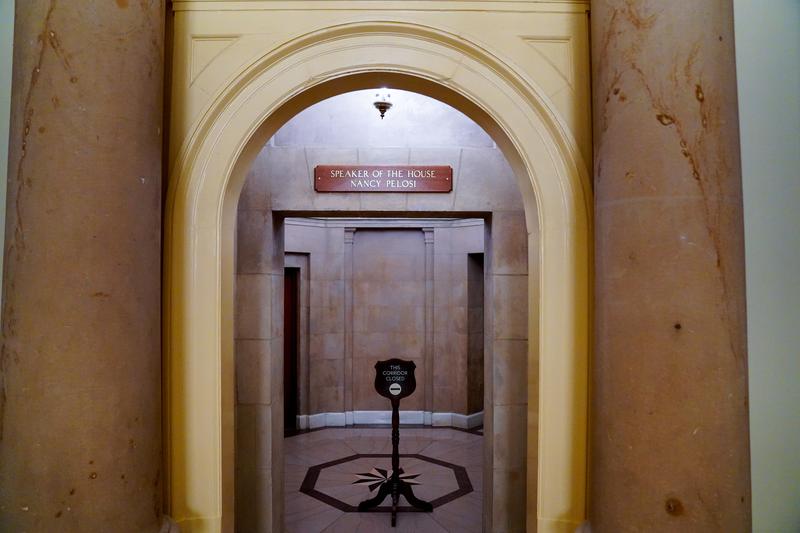