With iOS 14.5 and iPadOS 14.5 Apple notably added new tracking transparency policies for app developers and publishers to follow, in an effort to help the average user understand just how much private data their favorite apps are collecting from them. In addition, developers are now required to first ask […]

With iOS 14.5 and iPadOS 14.5 Apple notably added new tracking transparency policies for app developers and publishers to follow, in an effort to help the average user understand just how much private data their favorite apps are collecting from them.

In addition, developers are now required to first ask users for permission to serve them targeted ads, which the users can choose to deny.

This unsurprisingly wasn’t well-received by the likes of Facebook, a notorious user data collector. Zuckerberg’s social media network was quick to launch an ad campaign against Apple, claiming that the effects of Apple’s actions will hurt small businesses, as they’ll no longer be able to show “personalized” ads to all iPhone and iPad Facebook users.

In addition, recently Facebook even attempted to use a scare tactic to get iOS users to opt-in for tracking, suggesting that if not, Facebook and Instagram may have to start charging money.

How much of your data are the top messaging apps collecting?

If you’re a privacy-conscious person, you might be interested in knowing just how much private data the world’s most popular messaging apps collect from you and your family, and link to your identities.

So let’s take a look at the top messaging apps in the App Store and see which ones respect your privacy and to what extent, starting with the app that collects the least amount of your private data – Signal. What we’ll use to determine these apps’ privacy is Apple’s new “App Privacy” section in the App Store.

Endorsed by the likes of Tesla and SpaceX CEO Elon Musk, Signal is the app to use if you wish to step out of the world of targeted ads.

As hard as it might sound convincing your family and friends to switch to Signal, there are hardly any functionality-related downsides to using it. Like Facebook Messenger, it supports text messaging, sharing photos, links, recorded audio messages and video calls.

For an app that’s entirely funded by donations and grants, as opposed to collecting and selling your private data, this is all very impressive. Signal only wants your phone number to function and it doesn’t even link it to your identity.

Signal’s “App Privacy” information as it appears in the App Store:

Skype has been around for quite some time and thus has a long and interesting history. Ten years ago it was purchased by Microsoft, which still owns it. And as Windows 10 users might be aware of, Microsoft isn’t exactly keen on giving users easy options, be those in regards to updates or choosing not to share any data with the giant.

Surprisingly though, compared to most messaging apps, Skype seems pretty on the level, using a small amount of data it links to you, none of which is anything out of the ordinary. No “precise location” or anything like that.

Skype’s “App Privacy” information as it appears in the App Store:

Zoom’s main thing is video conferencing, but since it’s a super popular app right now and also supports messaging, we’ll include it. Compared to the likes of Facebook Messenger, Zoom seems reasonably respectful with your private data, seemingly collecting only what’s necessary for it to function.

Things it collects about you and links to your identity that you might not know about include your precise location, device ID and phone number.

Zoom’s “App Privacy” information as it appears in the App Store:

Discord is a gamer-focused chat app that lets users create and develop their own communities, so on top of private one-to-one messaging it offers group conversations, voice chat and even video calls.

It doesn’t collect a whole heap of private data, but what seems reasonable in order for the app to function properly. It most notably collects and links to your identity things like your email address, search history, device ID and purchase history.

Discord’s “App Privacy” information as it appears in the App Store:

Telegram is among the top “Social Networking” apps right now and offers a messaging experience akin to Skype or Facebook Messenger.

Data it collects from you and links to you includes most notably financial information and precise location, but overall the app seems fairly reasonable in its data collection.

Telegram’s “App Privacy” information as it appears in the App Store:

WhatsApp is one of those apps that doesn’t seem to collect too much more than it needs. What it takes from you and links to your identity includes location, your contacts and financial info. It’s not exactly Signal, but much better than Facebook Messenger.

WhatsApp’s “App Privacy” information as it appears in the App Store:

Likely no one will be shocked that Facebook Messenger collects a ludicrous amount of data that it also links to your identity. This includes things like your precise location, phone number, physical address, device ID, purchase history, payment info, financial info and much more.

Whether or not you’re cool with giving out all that information to the giant, to then be used by advertisers, is up to you and may not bother you. But if you’re not comfortable with sharing all of your private data with giant corporations, there are plenty of other messaging apps out there.

Facebook’s “App Privacy” information as it appears in the App Store:

TikTok is currently among the biggest social media apps, popular with teens and owned by Chinese internet technology giant ByteDance. Although it’s mainly a video sharing app, it also has messaging.

Perhaps not shocking is the fact that TikTok collects quite a bit of personal data, similarly to Facebook. It uses your contact info (device ID, email, phone number) to track you, as well as your location, browsing history, advertising data about you, financial info, physical address and a whole lot more.

In relation to this, recently TikTok’s parent company settled a lawsuit over its collection of minors’ personal data. Filed on behalf of teen TikTok users and younger, one of which as young as 8 years old, the lawsuit alleged that TikTok “infiltrates its users’ devices and extracts a broad array of private data including biometric data and content that defendants use to track and profile TikTok users for the purpose of, among other things, ad targeting and profit.”

In a following statement, TikTok said, “While we disagree with the assertions, rather than go through lengthy litigation, we’d like to focus our efforts on building a safe and joyful experience for the TikTok community.”

TikTok’s “App Privacy” information as it appears in the App Store:

A few words about iMessage

iMessage wasn’t included on this list because it’s not a downloadable app like the rest and is only limited to Apple devices, but if you’re curious, here’s what it collects: According to Forbes, iMessage only collects and links to your identity your contact info (email and phone number), search history and device ID. If we were to rank it, it would be second after Signal.

What are your thoughts on app data collection?

User data collection used for advertising is what keeps much of the internet free, so it is arguably not an unreasonable practice. In any case, we can’t deny that Apple giving users a clear look at how much data each app collects isn’t a great step towards transparency.

What are your thoughts on this? Are you okay with your data being collected if it means that apps like Facebook remain free? Do you wish you had more control over your data that is shared with advertisers? And are you planning to switch to a different messaging app? Join the conversation and let us know in the comment section below.

Tue May 11 , 2021
Since its inception in 2013, the Graphene Flagship has focused on technological innovation and bringing new graphene-enabled solutions to the market.    To this end, it has pioneered the creation of several spin-off companies in industries ranging from energy and materials discovery to biotech and optoelectronics.    Qurv Technologies, launched from Graphene […] 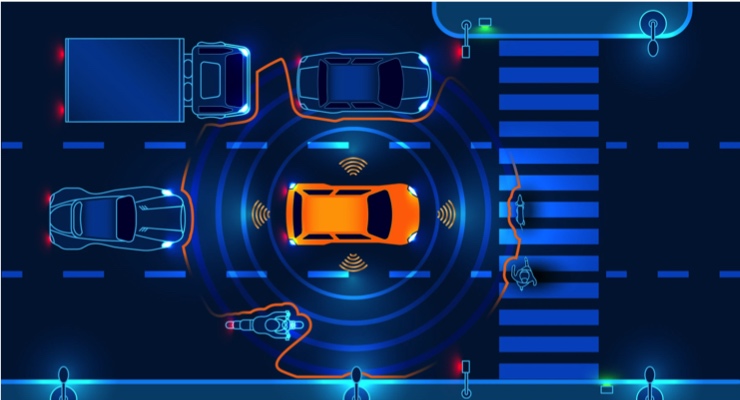