Any enterprise knows the biggest problem with rapid business expansion is scale; as a company’s business grows, it will face a range of unintended consequences. One of these can be a stealthy scourge of scam apps being sold at app stores, including Apple’s own. We didn’t see this coming Did […]

Any enterprise knows the biggest problem with rapid business expansion is scale; as a company’s business grows, it will face a range of unintended consequences. One of these can be a stealthy scourge of scam apps being sold at app stores, including Apple’s own.

We didn’t see this coming

Did we see this coming? Of course we did.

Cast your mind back to the early days of the App Store and you may recall the “I Am Rich” app, which cost $999.99 and did almost precisely nothing. It consisted of a glowing red button and an icon which displayed the words:

Eight people purchased the app before Apple removed it from the store after Dan Frommer called it “a joke that smells like a scammy rip-off” while Brian X. Chen said those who spent their money on it proved themselves to be jerks.

While two people got refunds, six people held onto the app — so at least some people actually liked the chutzpah.

That was then, then when there were a few hundred thousand iPhones. Now there’s more than a billion in use. That could mean big business for a successful scam, even as users become more accustomed to subscription-based services.

The thing is, while apps of this kind are a rarity, they aren’t rare enough, and pressure is building for Apple and other app store vendors to crack down on such scams. This should also improve the process of identifying and surfacing useful apps.

Scratching beneath the surface

To get a grip on the extent to which scam apps similar to I Am Rich  (which at least had a sense of humor) are infiltrating Apple’s App Store, 9to5Mac reports that developer Kosta Eleftheriou spent the last few weeks exploring store listings to Tweet about the scams he’s come across.

His research revealed the existence of non-functional apps that claim to have the same tools as one of his own apps, but act to lock users into recurring subscriptions. He has also exposed how these apps get users by paying for fake listings and reviews that act to legitimize the apps and confuse consumers.

There is real money at stake.

His data shows some of the developers publishing these apps are making tens of thousands of dollars each month selling something that claims to emulate functionalities they just don’t have.

His work also notes that some of the software being sold this way makes use of weekly, rather than monthly, subscription billing. I guess this suggests developers of these scam apps reckon that if they can trick people for just a week, they’ll still make money before the inevitable cancellation of that app.

Apple makes it easy to manage app subscriptions via iCloud:

But scammers aren’t reputable. They simply want to get people to subscribe in the hope the customer won’t even realize they’ve been tricked into spending cash on an app that isn’t doing anything.

The easiest solution is for Apple to require developers include an Unsubscribe button in any such app, and to create a direct complaint service through which developers and consumers can report apps they believe are scams.

Yes, I know there’s an App Store review process. But I’d argue that reviewers are human and while they do a great job protecting customers most of the time, these insidious scam apps are clearly sneaking through. So a post-approval reporting tool would surely help.

Handling such complaints should logically extend to verification of those who are writing reviews placed around such apps. After all, it’s logical to think apps designed to deceive won’t generate any genuinely positive reviews, which suggests those writing such reviews may themselves be a little spammy. With that in mind, it makes sense to track where else reviews by those authors appear, and the ethics of those other products they’ve chosen to write about.

Following those breadcrumbs may also help Apple and other stores mitigate the problem of vexatious and deceitful reviews of good products.

The idea must be to disrupt those dodgy businesses that engage in writing bad reviews for good money – the continued existence of which shows Apple has some way to go on this.

To be fair, reviews for a fee are a problem for every online store. It’s not just Apple.

We’ve experienced scam apps since pretty much the beginning of the App Store in 2008. But as billions of consumers seek new digital experiences through an array of electronic devices, the onus on every online retailer, including Apple, to act against such attempts grows.

It’s a bigger problem for Apple, of course, as its stores have built a deserved currency of customer trust. Scam apps undermine this trust, which means the company must dedicate ever more resources to App Store review.

And that’s the point. That need reflects the age-old problem of business growth: the bigger you become, the more energy you need to invest in simply standing still.

While I Am Rich was an amusing story at its time, the new wave of scam apps shows a growing need to protect online marketplaces against them, if only so stores maintain the trust consumers place in them in this ultra-connected, remote and distanced age.

How to use People Detection in iOS 14’s Magnifier app

Tue Feb 9 , 2021
The iOS Magnifier tool has had its light (and magnifying glass and high-contrast mode and other features) hidden under a bushel. The feature was added in Settings > Accessibility in iOS 10, and you could choose to add it to your Control Panel in iOS 11. In iOS 14, however, […] 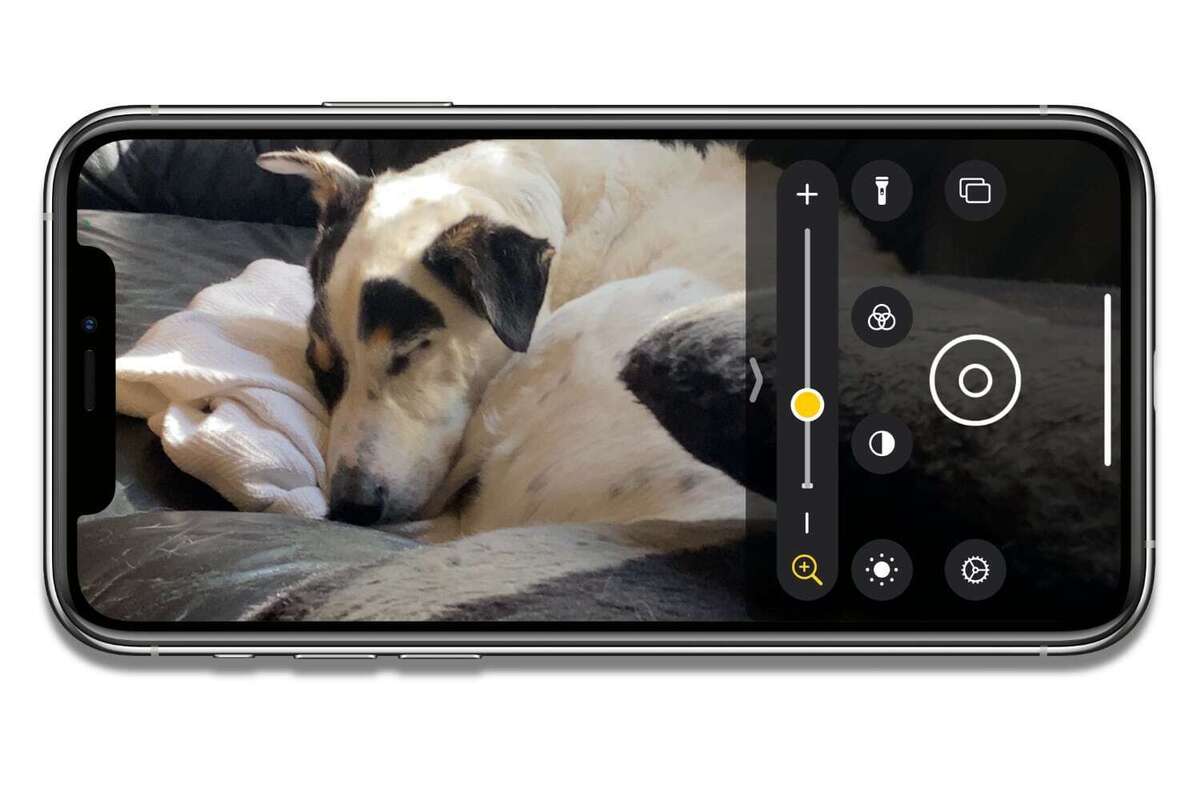