Two years ago, Danielle Castillo decided to end her 13-year relationship with the pill. She had been using hormonal birth control since she was 17, and it often made her nauseous and lowered her libido. Engaged to a supportive partner but not yet ready to have children, the Cleveland-based social […]

Two years ago, Danielle Castillo decided to end her 13-year relationship with the pill. She had been using hormonal birth control since she was 17, and it often made her nauseous and lowered her libido. Engaged to a supportive partner but not yet ready to have children, the Cleveland-based social media marketer started researching alternatives.

What she found, through online searches and Facebook groups, was Natural Cycles, an app the FDA cleared in 2018 to be marketed as birth control. It’s a form of fertility awareness, which typically carries a higher risk of pregnancy than common hormonal birth control options; Natural Cycles uses daily basal body temperature readings to identify the roughly six-day period leading up to ovulation when having sex can lead to a pregnancy.

“I did talk to my OB-GYN about my interest in getting off birth control,” said Castillo, “and she was neither here nor there about it.” The doctor recommended an IUD, which Castillo also didn’t love — she knew she might want kids in the next year or two, and didn’t want to take out the device just as soon as she had put it in. So she decided to go with the app, without looping in her OB-GYN.

In February, the fertility awareness market got a little more crowded when the FDA cleared Clue, an existing menstrual tracking app, to market a birth control feature that will be available this year. With growing visibility of fertility awareness-based birth control, more patients like Castillo will likely have questions about whether the approach — and either of these apps — is right for them. But the medical system isn’t always well-positioned to answer them.

Castillo is effusive about the role digital birth control has played in her life. She’s insatiably curious about her body, and spent five years tracking her period symptoms in the free Clue app before switching to Natural Cycles. She understands the limitations of fertility awareness-based birth control methods: Unintended pregnancies occur in up to 25% of users within a year. Natural Cycles cites a “typical use” annual pregnancy rate of 6.5%, and Clue cites 5.2%, which would put them in line with the pill — though providers have suggested actual failure rates for both apps are likely higher.

Just how high that failure rate can go depends on an individual’s biology and lifestyle: Is your cycle regular? Can you commit to daily temperature tracking? Is your partner on board with using condoms during your fertile window? “For any of these fertility-based awareness methods, the information you get out is as good as the information you put in,” said Nathaniel DeNicola, telemedicine chair for the American College of Obstetricians and Gynecologists. Castillo loyally tracks her temperature at the same time every morning before she gets out of bed.

Because of all those factors can influence efficacy, leaders at both Clue and Natural Cycles advocate that women discuss their apps’ use with a care provider, even though they don’t require a prescription. Practitioners agree: “The conversation about contraception does need to take place within some kind of health care setting,” said DeNicola.

These calls for conversations between patients and providers, however, exist in the context of a care system that hasn’t always incorporated provider education about natural birth control methods — or patient education about the details of the reproductive cycle.

“Fertility-awareness-based methods traditionally haven’t been accessible to providers,” said Lynae Brayboy, an OB-GYN and Clue’s chief medical officer. “The tradition in teaching was that, ‘Ah, there are so many things that are better, don’t ever talk to anyone about FABM,’” she said. In a study of Title X family planning clinics from 2017, only 11% of clinic providers said they thought FABMs were a viable option for contraception, and less than a quarter of responding providers had staff who had been formally trained on any of those methods.

Health education limitations in the United States means many women don’t understand the details of their own fertility, either. “I can’t believe we didn’t learn half the stuff I’ve learned,” said Castillo, who sought out books about the reproductive system when she started using Natural Cycles.

That educational gap can leave some patients in an informational limbo, even if they have a regular care provider. “Those are really hard conversations to have,” said Rachel Peragallo Urrutia, an OB-GYN and assistant professor at University of North Carolina at Chapel Hill, and co-author of the Title X paper. “It’s really hard to explain epidemiology to doctors, let alone consumers who might not have any background in it.”

Both apps, in accordance with their FDA clearance, present disclaimers about their efficacy and information about whether the method is appropriate for a user. Clue, which bases its ovulation predictions not on basal body temperature but period start dates, is only appropriate for people whose cycles are 20 to 40 days long; if a user’s cycle falls outside that range, they won’t be able to use the feature. The apps also send notifications if the user is falling off on tracking, which reduces their algorithms’ accuracy. That messaging can help guide users like Castillo toward informed decisions about their birth control choice.

Still, said Urrutia, “it’s different than going to get counseling from a provider and thinking through different options available to you.”

Wing Kay Fok, an OB-GYN at Weill Cornell, has concerns about the potential for the apps to enable skipping that critical step: “We’re all becoming more and more comfortable with incorporating apps into our lives,” she said. “I definitely do think that can be worrisome, because while it is convenient — everyone can have access to it if they have a smartphone — it potentially bypasses that step of having a conversation with a clinician and can be improperly used.”

Not every woman using these apps has a regular health provider, though — and if they do, not every woman trusts them. Castillo didn’t believe her doctor would give it to her straight if she asked about Natural Cycles: “Probably a reason I didn’t bring it up to my OB-GYN is I feel like most medical people want you to be on medicines,” she said.

For some, that makes these apps’ prescription-less nature an advantage. “The benefit of having digital contraceptives is access,” said Brayboy; just like buying condoms over the counter, anyone with the ability to pay (in this case, for a smartphone, an internet connection, and a subscription) can access this form of birth control.

But it’s unclear whether the apps will actually improve access for the patients most in need of better birth control counseling. “It remains to be seen how that’s going to impact disadvantaged populations,” said Urrutia. “The majority of people using these types of things so far in the studies have been higher-education, higher-income individuals.” Researchers are unsure if the apps’ reported efficacy would be the same if applied to a different population.

And the apps aren’t free: Natural Cycles costs $90 per year (which includes the thermometer to take daily temperatures), and Clue’s birth control feature will be subscription-based as well. Clue already sells a subscription version of its app with extra features for $5 a month or $30 a year. “In the future we’d like this to be covered by insurance so it’s accessible to people,” said Brayboy.

In the meantime, users who aren’t willing or able to pay for a subscription to Clue or Natural Cycles may turn to many dozens of other apps that allow tracking of period start dates — apps that aren’t FDA-cleared as birth control. “The concern is there’s a large fraction of women that do use those period trackers as a form of contraception,” said Raoul Scherwitzl, CEO and co-founder of Natural Cycles. “There’s always a disclaimer somewhere that says ‘do not use for contraception,’ and the user can decide to use it the way she wants to. But I think that’s not clear enough; that’s a little bit of a gray zone.”

Indeed, Brayboy said the impetus for creating Clue’s upcoming feature was the company’s discovery that 20% of its users were using the menstrual tracking app for birth control. In late February, Clue removed a feature called the “fertile window” that could have encouraged users to employ the uncleared app as birth control; now, they can only see their predicted day of ovulation.

That change has sparked disgruntlement among Clue’s many devoted users. In the U.S. last year, it was the second-most downloaded period tracking app, according to data from mobile analytics firm App Annie. After the company removed the fertile window feature, users complained that it prevented their ability to keep track of symptoms — even if they weren’t using the app for birth control.

Their outcry is symptomatic of a shift that’s bigger than digital birth control alone. Now that women have the tools to easily capture their own health data, they want more ownership over that information and the decisions they make with it.

Just ask Castillo: For her, Natural Cycles wasn’t enough. While the app transmutes temperature data into ovulation predictions, Castillo wanted to understand her body’s patterns at a deeper level, uninterpreted by an algorithm. So she uses yet another app, Kindara, to keep track of her raw temperature data.

“I wanted to use something that wasn’t an algorithm, so I could learn myself what I’m doing,” said Castillo, “and it’s really helped. I learned way more than I’ve learned in my entire life about women’s reproductive systems.” 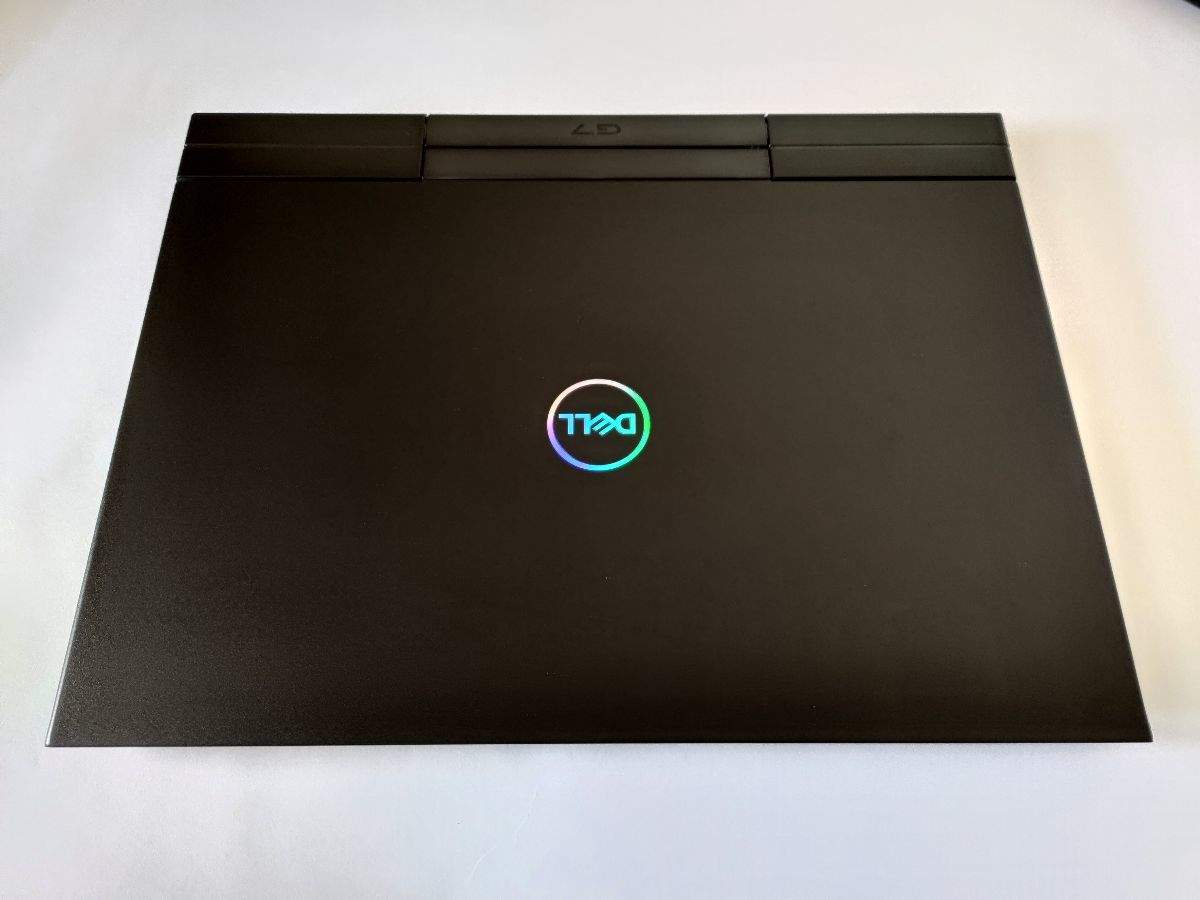