Since December, Apple has forced developers of third-party apps in the App Store to include a privacy label with the listing of each app. Existing apps need to include the privacy label after an update. These labels can be found underneath the Ratings & Reviews section of an app’s listing. […]

Since December, Apple has forced developers of third-party apps in the App Store to include a privacy label with the listing of each app. Existing apps need to include the privacy label after an update. These labels can be found underneath the Ratings & Reviews section of an app’s listing. Take for example the YouTube app. A user’s Contract info and other identifiers can be used to track the user across apps and websites. Purchase data, Contact Info, User Content, Browsing History, Usage Data, Location, Contacts, Search History, Identifiers, Diagnostics, and other data can be collected and linked to the user’s identity.
You might recall that Google held back updating many of its iOS apps until recently. While Google denies it, the speculation was that the company held back on pushing out these updates so that it wouldn’t have to add the privacy labels for its apps. Reportedly, Google didn’t want to be called out for having extremely long privacy labels connected to its apps.

Apple’s Privacy Labels at left, and App Tracking Transparency feature on the right

But what about Apple’s own apps? After all, as this writer’s mom use to say, “What’s good for the goose is good for the gander.” If Apple can force third party apps to post a privacy label, how about releasing the same information for Apple’s in-house apps? Well, you can find this information by clicking on Apple’s privacy website. There, you will find out which of Apple’s in-house apps can track you using the data they collect. Some are actually good at protecting your privacy. Take Apple Maps for example. The app collects the user’s Health & Fitness, Location (duh), Search History, Usage Data and Diagnostics. However, Apple claims that this information is not linked to the user’s identity.
Apple used to release this kind of information about its in-house apps on each one’s support pages. But now, it has a single website where users can check out Apple’s own apps from A to Z and see the same type of information that is posted about third-party apps in the App Store.

Apple puts up privacy labels for its own in-house apps

Don’t forget that when iOS 14.5 finally drops, Apple’s App Tracking Transparency (ATT) feature will require that iOS users opt-in in order to be tracked by third party apps. Those who don’t will not be allowed to be tracked and will no longer (in theory) see online ads pertaining to an item that they were looking up online. This caught the ire of Facebook which complained to Apple that it will result in the death of small businesses. But Facebook was also complaining that it could lose a chunk of its annual revenue which is based on serving up online ads. Facebook, which has reportedly been mulling over the idea of taking Apple to court over the ATT feature, paid for two full page newspaper ads attacking Apple’s decision. While most iOS users will undoubtedly decide not to opt-in to be tracked, some don’t mind and actually consider receiving online ads for products they’ve looked up to be a convenience.

Apple has already released beta versions of iOS 14.5 and the final public version of the build should be out this spring. It should be noted that Apple is making sure that developers can’t seek revenge against iOS users who won’t opt-in to being tracked for advertising purposes. Privacy has always been something that Apple feels strongly about. Back in 2010 at the All Things Digital Conference, the late Steve Jobs, then Apple CEO, said, “I believe people are smart and some people want to share more data than other people do. Ask them. Ask them every time. Make them tell you to stop asking them if they get tired of your asking them. Let them know precisely what you’re going to do with their data.”

Sat Mar 13 , 2021
Da hua studios and NetEase Games in collaboration with Codemasters are all set to bring in a new game called Racing Master. Codemasters is an award-winning British video game developer and publisher. They mainly specialize in producing top-notch racing games which includes GRID, DIRT and also the popular and official […] 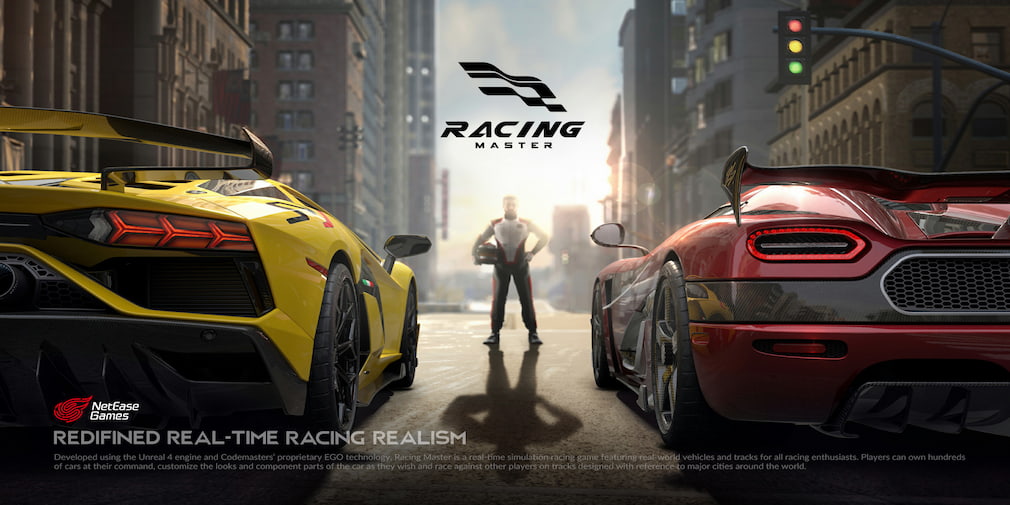