CONCORD, NH — A computer programmer who has raised red flags for a number of years about the hackability of some electronic voting machines, including the optical scanning machines used in New Hampshire, has been named as the state’s representative for the Windham 2020 election audit. Harri Hursti, the co-founder […]

CONCORD, NH — A computer programmer who has raised red flags for a number of years about the hackability of some electronic voting machines, including the optical scanning machines used in New Hampshire, has been named as the state’s representative for the Windham 2020 election audit.

Harri Hursti, the co-founder of ROMmon and a computer scientist from Finland, has been chosen by Secretary of State Bill Gardner and New Hampshire Attorney General John Formella. Formella and Gardner informed Windham Town Counsel Bernard Campbell as well as Mark Lindeman, the acting-co-director of Verified Voting, who was chosen by the Windham Board of Selectmen last week, of their choice on Monday.

“The state is establishing the infrastructure for the audit process,” they said in a letter to Campbell and Lindeman, “including securing a venue for the audit, security, a live-streaming process, overnight storage for the ballot counting devices and the ballots, and access for the three groups of individuals designated in SB 43.”

As part of the Senate Bill 43 law, Hursti and Lindeman will now pick a third member of the group.

Hursti said he was very excited to be named to the team while also calling the numbers “bizarre” in the count and recount.

“I think this is very important and has to be done right, whenever there is any doubt,” he said. “Democracy is based on trust; it is clear that this needs to be investigated. It also has to be transparent — so that every stakeholder can follow and understand the results, whatever they may be.”

Hursti said he hoped to analyze the evidence, including a full audit of the ballots and machines, saying it would give the opportunity for the auditors to “clear the situation.” He said audits such as the one about to be undertaken for the Windham election should be done on a regular basis. The team needed to find out what happened and prevent it from happening again — while also explaining what is being done and how it is being done “so the general public can understand,” he said.

When asked about specifics, Hursti said, “I don’t want to jump to a conclusion … you have to still go back to the raw data … it could be more than one error that happened at the same time.” But, he added, “I’m absolutely certain when we start looking at this we will find out what happened and I won’t be surprised if we found more than one thing wrong. We’ll figure out what happened.”

Hursti has been featured in a number of documentaries including “Hacking Democracy” and “Kill Chain: The Cyber War on America’s Elections.” He wrote an extensive briefing about how he believed Diebold Optical Scan machines could be hacked and change the results of the outcome of the vote even with paper ballots back in 2005, using the term Black Box Voting — a few years after Bev Harris formed the Black Box Voting group raising her own suspicions about voting machines.

The hack though requires either Internet or telephone line access to the optical scanning machine — something that is not allowed and is illegal in some states including New Hampshire. Another part of his theory was remote access attack to memory cards used with the optical scanner — which also require Internet or phone access to the machine or programming in the cards before the election or after the election. In New Hampshire, the results are printed out at the polling location at the end of the voting, for the public and press to witness.

Harris began raising issues about the machines after the 2002 election where Republicans gained seats in both the House and Senate. She and other progressive activists raised concerns about one race, that of U.S. Sen. Chuck Hagel, a Republican from Nebraska, who was the chairman and CEO of American Information Systems, which later purchased Election Systems & Software, a manufacturer of the machines that counted the ballots in his 1996 and 2002 elections.

They also claimed that Diebold Election Systems, which was founded in January 2002, could also be hacked. The company produced a number of products including AccuVote-OS machines after it purchased Unisys, the original company to manufacture AccuVote machines. Diebold employees also funded a number of Republican campaigns — which made some activists uncomfortable. Diebold later changed its name to Premier Election Solutions and is now owned by Dominion Voting Systems.

In 2004, Ralph Nader requested a number of voting wards in New Hampshire to be recounted in 2004 after George W. Bush’s results were 5 to 15 percent higher than 2000 and exit polls, based on the suspicion that the Diebold machines could be hacked and data provided by a Michigan programmer, Ida Briggs. Some Democrats, at the time, dismayed Bush won the election, believed it was stolen and the machines were hacked. Even though John Kerry won the state of New Hampshire in 2004, the state’s easy recount provisions — any candidate can request one and pay a small fee based on the results of the election, made the state a good testing ground to find out of Diebold machines were being hacked. The paper ballot recount, however, found the counts off by a handful of votes due to human error (filling in the oval on the paper ballot). Nader noted at the time that New Hampshire’s AccuVote machines were not originally built by Diebold and pre-date its purchase of the company.

To Harris’ credit, regardless of the winner of elections, she thinks the machines can be hacked and continues to warn people, paper ballots or not, about her suspicions.

The Windham Board of Selectmen is being requested to reconsider Lindeman’s appointment due to his letters critical of the audit effort in Maricopa County in Arizona.

Hursti has also been critical of the situation in Maricopa County, suggesting the company involved in the audit should not be keeping its plans and procedures secret.

Got a news tip? Send it to [email protected] View videos on Tony Schinella’s YouTube.com channel or Rumble.com channel.

Apple Has Two Trillion Reasons to Fight for the App Store

Tue May 4 , 2021
Apple’ s lawyers have an unenviable task: Defending a key underpinning of a $2 trillion enterprise comes with high stakes. The outcome of the bench trial between Apple and Epic Games, which gets under way Monday, is far from certain. And even a ruling there may not settle the issue […] 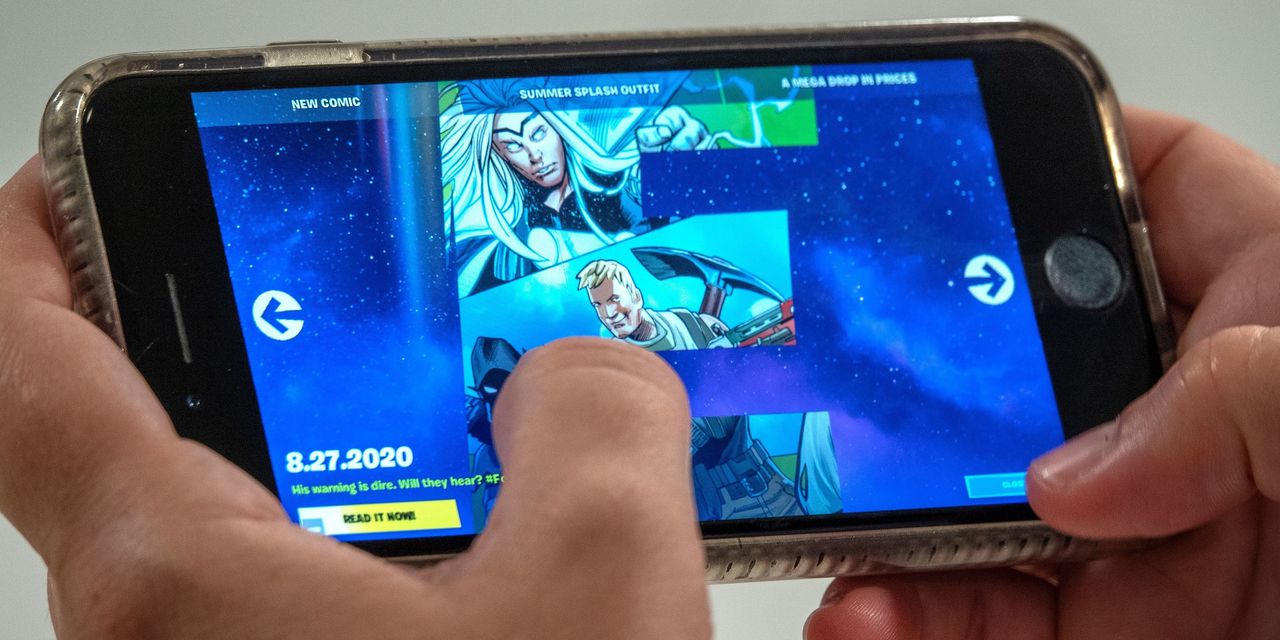