Personal devices have become advanced enough to make everything from watching your favorite movie to ordering your favorite meal as easy as pushing a button. It’s also no secret that surfing, viewing, and shopping habits can be not so secret to developers who use your activity to feed you ads. […]

Personal devices have become advanced enough to make everything from watching your favorite movie to ordering your favorite meal as easy as pushing a button. It’s also no secret that surfing, viewing, and shopping habits can be not so secret to developers who use your activity to feed you ads. But with its latest software update across most of its devices, Apple is making a major change with its apps that will increase your control over your own privacy more than ever before, USA Today reports. Read on to see what this tech giant’s big move means for you, and for more updates on your devices, check out If You’re Charging Your iPhone Like This, Apple Says Stop Immediately.

The latest changes are set to arrive when Apple’s updated operating system—which includes iOS 14.5, iPadOS 14.5, and tvOS 14.5—rolls out within the next few weeks. From then on, apps that gather data from your use across devices will have to ask your permission to access it with a prompt, giving you unprecedented protection over your privacy.

The change is also not a simple recommendation: Violations of the new policy will be easy to spot thanks to Apple’s Identifier for Advertising (IDFA) feature, which is a unique ID on each device that such apps must use to gather the data they need to target ads, USA Today reports.

Companies such as Facebook have voiced opposition to the change.

While the move marks a step towards greater transparency, it also deals a major blow to companies such as Facebook. The social media giant claims that the update will make it harder for smaller businesses to successfully advertise on the platform, with Facebook CFO David Wehner telling CNBC last August that the changes could lead to a 50 percent drop in its Audience Network advertising business.

But the company appeared to change its tune recently, with Facebook CEO Mark Zuckerberg claiming during a Clubhouse interview on March 18 that the move might drive more people to use Facebook and Instagram directly to shop for products. And for other important safety updates about your devices, check out Apple Just Released This Warning About the Latest iPhones.

Companies can still track your data within their own apps.

The change doesn’t bring a full stop to advertisers being able to view and use your data, though. According to USA Today, companies will still be able to track your data within their own apps, meaning that services such as Seamless will still have tabs on how many times you’ve searched for sushi nearby, for example.

Other big safety changes are rolling out with the update.

Besides protecting your data from companies, the latest software update also introduces new ways to keep you safe. A real-world antitracking feature has been added to the phone to detect unauthorized AirTags—Apple’s soon-t0-be-released product that can be added to an item to find it easily—and prevent them from secretly being used by stalkers or other unwanted individuals to track someone’s location, Forbes reports.

You’ll also be able to safely and easily use your device in public, adding the ability to unlock your phone with your Apple Watch while wearing a face mask. And for more on ways you shouldn’t be juicing up your devices, check out If You’re Using This to Charge Your Phone, Officials Say Stop Now.

Mon Mar 22 , 2021
EDITOR’S NOTE: This the next installment in a continuing series on Women’s History Month for March, when the accomplishments of women and their contributions to history are celebrated in communities across the country and around the globe. Attracting more women to pursue careers in technology, and adding more women to […] 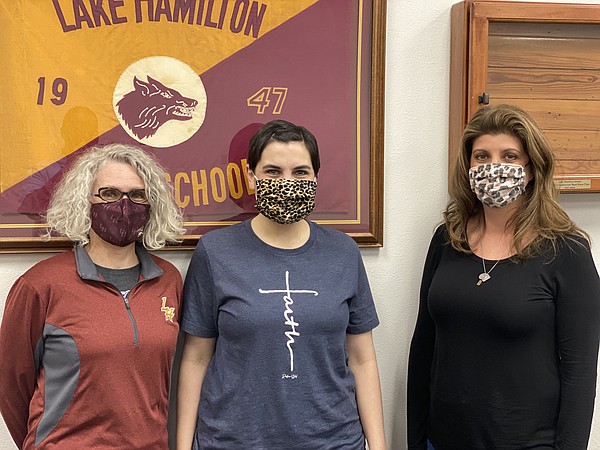