Web browsers are our windows into the internet and yet many people just stick with the one they know. They rarely, if ever, try out alternatives that might make their lives easier. You may think Google Chrome is the only browser you’ll ever need, but Firefox might have something to […]

Web browsers are our windows into the internet and yet many people just stick with the one they know. They rarely, if ever, try out alternatives that might make their lives easier. You may think Google Chrome is the only browser you’ll ever need, but Firefox might have something to say about that.

In one corner, we’ve got Chrome — by far the most popular browser in the world and controlled by one of the planet’s biggest tech companies since its launch in 2008. In the other corner, is Firefox, an open-source option run by the non-profit Mozilla since its inception in 2002. One browser only needed less than a decade to take over the world; the other has been your nerdiest friend’s favorite for nearly 20 years.

Despite a Grand Canyon-esque gap in overall popularity between the two, Chrome vs. Firefox is a more compelling fight than you may think. They’re both excellent browsers, but one of them narrowly comes out on top according to a few important metrics.

Chrome was able to overtake default browser options like Internet Explorer and Safari in just a few years partly because it’s clean, easy to use, and overall pretty fast. It’s got all the basic options we expect from browsers in 2021, from a straightforward bookmarks toolbar to the ability to open and even group way more tabs than you’ll ever realistically get to before you decide to purge them and start over.

One thing you’ll hear as a common criticism for Chrome is that it’s a resource hog. Specifically, Chrome can use a high amount of RAM (or memory), slowing your machine down if you have too many tabs open. Firefox is generally considered more “lightweight” in this regard, though testing doesn’t always bear that out. For instance, Tom’s Guide found that Firefox actually used up slightly more memory under stress testing earlier this year.

While that performance may vary from device to device and from situation to situation, in my experience over the years, Firefox is still a faster browser overall. Simple acts like opening webpages, scrolling up and down, and opening several new tabs at once can be performed without much (if any) noticeable slowdown. The same isn’t always true of Chrome, which can make it feel like your computer is mired in molasses from time to time.

Firefox has many of the same basic features as Chrome, but it’s more customizable in a way that puts it over the top in this category. One of my favorite UI features is the “overflow menu,” which can house as few or as many extraneous buttons (like print or fullscreen) as you want without them cluttering up the basic toolbars. You can even choose which buttons will appear on a MacBook Pro’s Touch Bar, in case you’re one of the roughly 27 people who likes the Touch Bar.

Back in the day, I was a very dorky kid who cared way more about web browsers than a young teen should. The eternal struggle was convincing Internet Explorer users to switch to Firefox because, at the time, IE was notoriously akin to a screen door on a submarine when it came to keeping viruses out. A lot has changed since then, but Firefox’s positive security reputation hasn’t.

Modern Firefox has something it calls Enhanced Tracking Protection, which is a security setting enabled by default when you install the browser. This automatically blocks things like social media trackers, which follow you around from website to website to serve you targeted ads on your favorite social networks. Firefox also makes it very easy to see which trackers and cookies are present on any website by clicking a shield icon next to the URL.

Chrome, on the other hand, lets you send a “Do Not Track” signal as you browse, and it gives you some easy ways to check things like trackers and cookies, just like Firefox. It’s updated frequently and is almost certainly better from a security standpoint than IE was when it was still the market leader.

That said, Chrome is made by Google. And Google’s parent company, Alphabet, rakes in dozens of billions of dollars in online ad revenue every fiscal quarter. Put simply, Google makes money by tracking your online movements and, consequently, that makes Chrome inherently less trustworthy than a browser run by a non-profit. Also, since Firefox is open source, it’s not really possible for developers to hide nasty things in the code without someone eventually noticing. It’s clear which one is the better bet on privacy and security, even if neither of them are bad.

Chrome wins in terms of extra bells and whistles because it was built to take full advantage of Google’s vast ecosystem of services. Simply log in with the Gmail account you almost certainly have and you get easy, browser-wide access to Photos, Drive, Sheets, Meet, and anything else Google makes.

Even if I do prefer many aspects of Firefox, I still have to use all of those Google services for work. So Chrome makes more sense as my day-to-day browser and it might for you, too.

Aside from that, Chrome’s browser extension marketplace is, well, extensive. Whether you want to increase your kid’s productivity or just watch Netflix with friends, there’s an extension for just about everything. Firefox is not exactly a slouch in this department either, with a large extension marketplace of its own. It’s just not quite as comprehensive.

It almost feels like cheating because Chrome’s main advantage here is that Google has wormed its way into every aspect of our lives. Naturally, a browser that unifies all of those services is going to be useful. And while you can sync things like browsing history and bookmarks from Chrome to Firefox, the fact that you have to make a Firefox account and sync it to multiple devices before doing so means it’s not nearly as seamless as Chrome’s setup process.

Firefox won two out of the three categories that matter most (to me, at least), meaning it’s hard to call it anything other than a winner in this competition. And yet, as I said earlier, I don’t use it on a daily basis because Chrome’s advantages are extremely convenient.

That said, if I wasn’t held hostage by Google’s ecosystem, I’d go all in on Firefox in a heartbeat. It’s just cleaner and quicker because it isn’t bogged down by the need to be everything for everyone. It’s also not run by a megacorporation with creepy tendencies, which is always a plus. At the end of the day, though, Chrome is going to be just fine for most people.

I totally understand if you opt to stick with it. Just give something else a try every now and then.

The winner: Firefox (but just barely)

I Thought the Internet Was Joking, But These Products Are Really *This* on Sale

Sun Mar 7 , 2021
You can thank me later, but your week (and maybe even your entire month) is about to get so much better. Beauty lovers, take note. It’s officially time for one of the most anticipated events of the year: Dermstore’s super-epic Beauty Refresh Event, which runs March 3 through March 12. […] 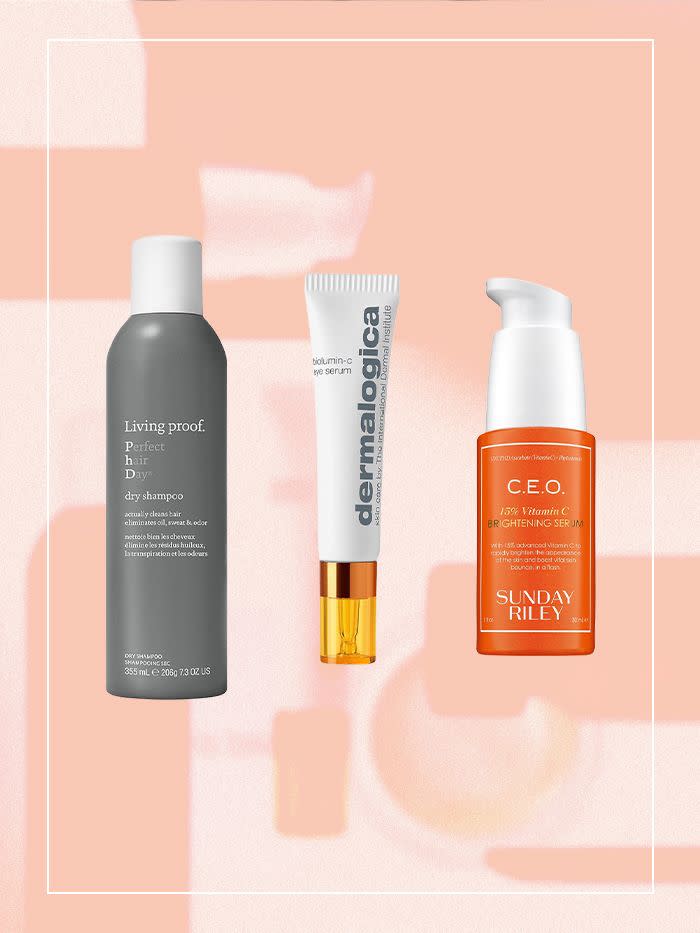