Dating apps are booming in lockdown — no longer just a way of hooking up but also of simple interaction at a time when the coronavirus inflicts loneliness on millions. Rodrigo, 18, had never considered joining a dating app until the months of lockdown boredom finally forced his hand. “At […]

Dating apps are booming in lockdown — no longer just a way of hooking up but also of simple interaction at a time when the coronavirus inflicts loneliness on millions.

Rodrigo, 18, had never considered joining a dating app until the months of lockdown boredom finally forced his hand.

“At the start, we told ourselves the crisis will pass, that we just have to have a bit patience. But when temporary becomes permanent, you have to try new things,” he said.

With school mostly online and limited options for going out with friends, “I had the feeling I was spending my entire life with my parents.”

Rodrigo now visits dating apps every day. More than just chasing the thrill of a hook-up, they have become a place to simply hang out.

He has made friends with four people his age through the apps and chats with them daily — a way of “relieving the stress and frustration” of the pandemic, he says.

“It’s all we have left,” he sighs, especially since Portugal was plunged back into lockdown last month.

Match, the group that includes several leading apps such as Tinder, Hinge and Meetic, says it added more than a million users in the last quarter of 2020, up some 12 percent to around 11 million worldwide.

“It sounds like a cliche, but the apps have really kept me from sinking,” said Sebastien, a 19-year-old student in France.

“When we can’t go to college, and the bars, restaurants, and cinemas are all closed, we spend entire days on our own, stewing. It’s horrific,” he said.

Exchanges start by text before moving on to video chats — a function that dating apps have increasingly focused on since the pandemic ruled out the usual next step of a physical date.

Martha, a 41-year-old Londoner, has found Zoom dating a bit of a slog, even if it saves her having to bother with perfume.

“The biggest challenge I found with Zoom dating… was how strange it is to watch yourself talking and laughing,” she said.

She suspects a lot of people felt like her — that the pandemic might actually be an opportunity to focus on meeting Mr or Mrs Right, “but somehow it’s harder to motivate myself when I don’t know when I’ll meet them in person, when I’ll be able to have a flirt and a snog.”

Martha did eventually meet someone. She’s not sure if it will last, but it has at least provided a little companionship through the dark winter months of Britain’s extended lockdown.

Others have had overnight success.

Ana, 31, a Spaniard from Valladolid, took less than 24 hours to find someone on Tinder and they have remained a couple since.

“Towards the end of 2020, I convinced myself to give it a try for a few days, while vowing that if the conversations made me feel uncomfortable, or if I didn’t find a shoe that fits, that I would drop it,” she said.

On the other side of the world in Tokyo, 32-year-old Ambroise, a translator, has not been so lucky so far.

Unwilling to risk meeting in person, she says most of her connections have fizzled out after a while, even if Tinder has provided an outlet when her morale dips.

“I don’t really have hope (of finding love) online… but no hope at all in real life,” she said, adding that when she leaves the house “I’m wearing a mask, and often comfy clothes with no make up… you know, pandemic fashion!”

Fri Feb 12 , 2021
Dogs are loving, compassionate and ridiculous. They pick up on our emotions and rarely hold a grudge, for long at least. They’re always happy to see us and find joy in the little things, as shown by their wagging tails and wide smiles. For all these reasons and more, the […] 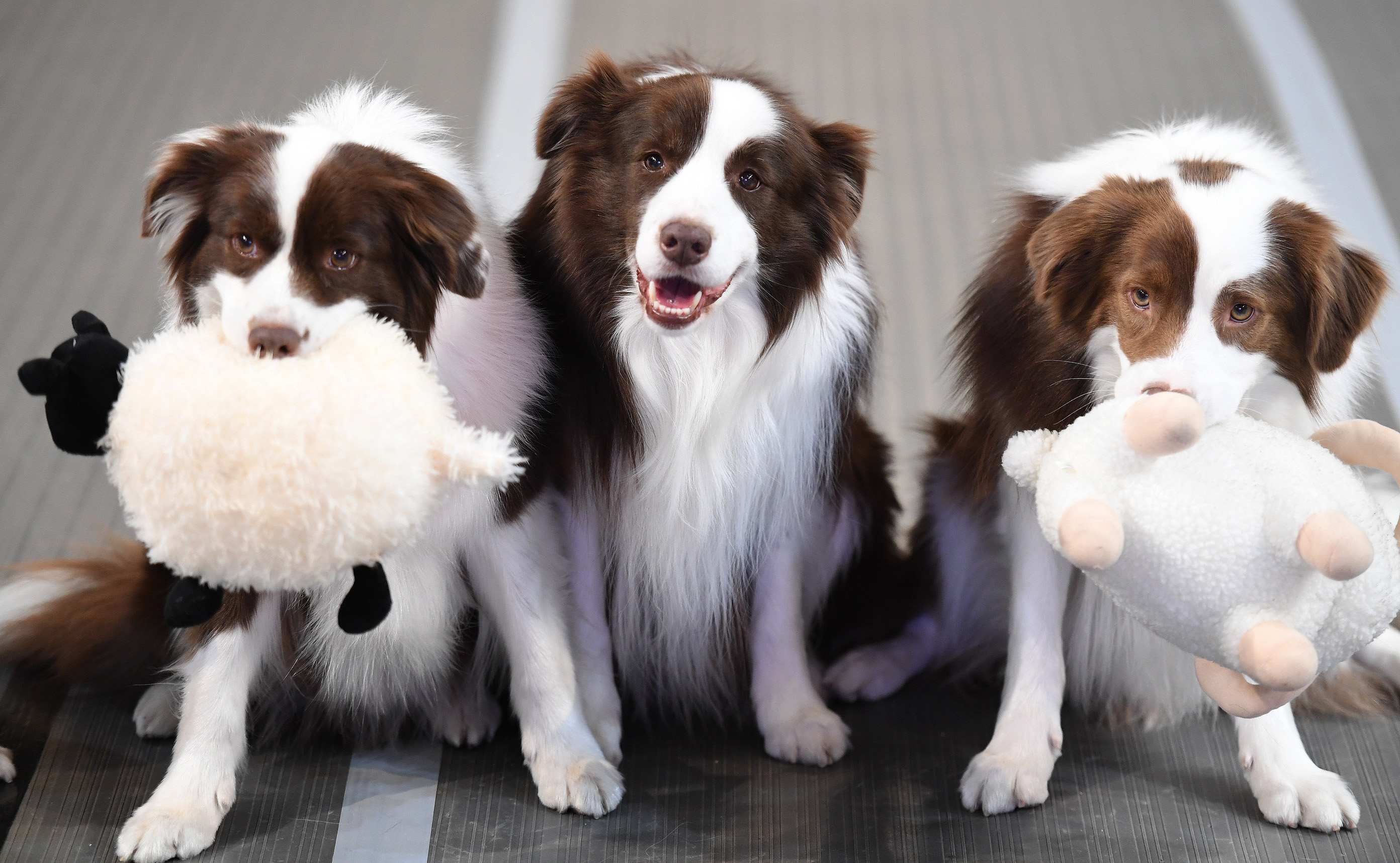