Tommy Lewis Jr. (Cronkite News File Photo) FLAGSTAFF, Ariz. (AP) — A longtime educator whose career included high-profile jobs on the Navajo Nation resigned from his latest post as an Arizona county schools superintendent after officials discovered pornographic images on his work-issued computer, according to records obtained by The Associated […]

FLAGSTAFF, Ariz. (AP) — A longtime educator whose career included high-profile jobs on the Navajo Nation resigned from his latest post as an Arizona county schools superintendent after officials discovered pornographic images on his work-issued computer, according to records obtained by The Associated Press.

Coconino County announced the resignation of Tommy Lewis Jr., 67, as its superintendent of schools in late January with a two-sentence statement that cited personal reasons. A county spokesman later confirmed Lewis was under investigation for potential criminal activity in response to questions from the AP.

While the images found on Lewis’ computer violated county policy, the investigation in Arizona ended with no charges. The Yavapai County Sheriff’s Office, which took the case after Coconino cited a conflict of interest, said none of the material involved the exploitation of children.

However, detectives determined one of the images was taken up the skirt of a woman in New Mexico, and referred that case to the police department in Albuquerque, according to the sheriff’s office. They found the photo on a flash drive Lewis left in his computer.

An Albuquerque police spokesman didn’t immediately know the status of the case.

Lewis has not responded to multiple messages from the AP left on his cellphone and through email requesting comment, including on Tuesday. Public records showed he apologized for violating county policy but said he is not a criminal.

“I am very sorry and shameful,” he wrote Jan. 21 in an email to the Coconino County Board of Supervisors and the then-county manager. “Thank you for giving me an opportunity to work with you. I wish you the best.”

A week later, Lewis texted the county’s human resources manager, asking for the flash drive and saying he didn’t understand which agency was investigating him or why.

“I did not commit any crime,” he wrote.

Lewis was tapped as the county superintendent of schools in November 2019 after the former superintendent left for another job. Lewis was elected to a four year-term this past fall, which meant he couldn’t be fired for violating county policy.

According to public records, a random internal security scan conducted by the Coconino County Information Technology Department flagged potential illegal activity on Lewis’ computer. The records show attempts to access explicit or pornographic websites more than 100 times over several weeks after Lewis was elected. The attempts were blocked by county software.

However, the county also found pornographic images, including images of potentially underage females, in documents and downloads on Lewis’ computer.

“We have ruled out that it is by no accident that the sites were accessed,” county spokesman Eric Peterson said, referring to the unsuccessful attempts to view pornographic websites. “It wasn’t a virus or malware; they were intentionally accessed.”

The superintendent oversees an agency that provides teacher training, does advocacy work and plays a part in elections for school board members. Lewis worked in a building that housed an alternative high school but didn’t supervise any students, Peterson said.

Lewis submitted his handwritten resignation on Jan. 20 at the request of Coconino County Board of Supervisors Chairman Matt Ryan, who told Lewis about what was found on his computer and that law enforcement was involved. Lewis responded by saying he was guilty of violating the county’s policy and was sorry, saddened and embarrassed, according to minutes of the meeting.

The board later appointed Cheryl Mango-Paget as Lewis’ replacement. She will serve through 2022.

Lewis, a longtime Flagstaff resident, is well-known in Native American education circles. He served as the president of Diné College on the Navajo Nation from 1992 to 2000 and played a key role in changing the name from Navajo Community College and securing funding. He also has been a principal and a teacher, according to his resume.

He was the first superintendent of the Navajo Department of Diné Education in 2006 but was pushed out after a year in a leadership tangle. Lewis claimed he was unjustly fired from his position and later reached a settlement with the tribe. Lewis returned to the position in 2015 and held it until he took the Coconino County job.

Lewis also had served as president of Northwest Indian College in Washington state and superintendent of Greyhills Academy High School on the Navajo Nation. He received bachelor’s, master’s and doctoral degrees from Northern Arizona University.

Wed Mar 10 , 2021
Investors are pouring money into phone apps that enable companies to monitor employees’ movements and ensure they are complying with social distancing and other Covid-19-related health protocols. Employers can tell from a glance at the screen whether a conference room has exceeded the number of employees who can safely meet, […] 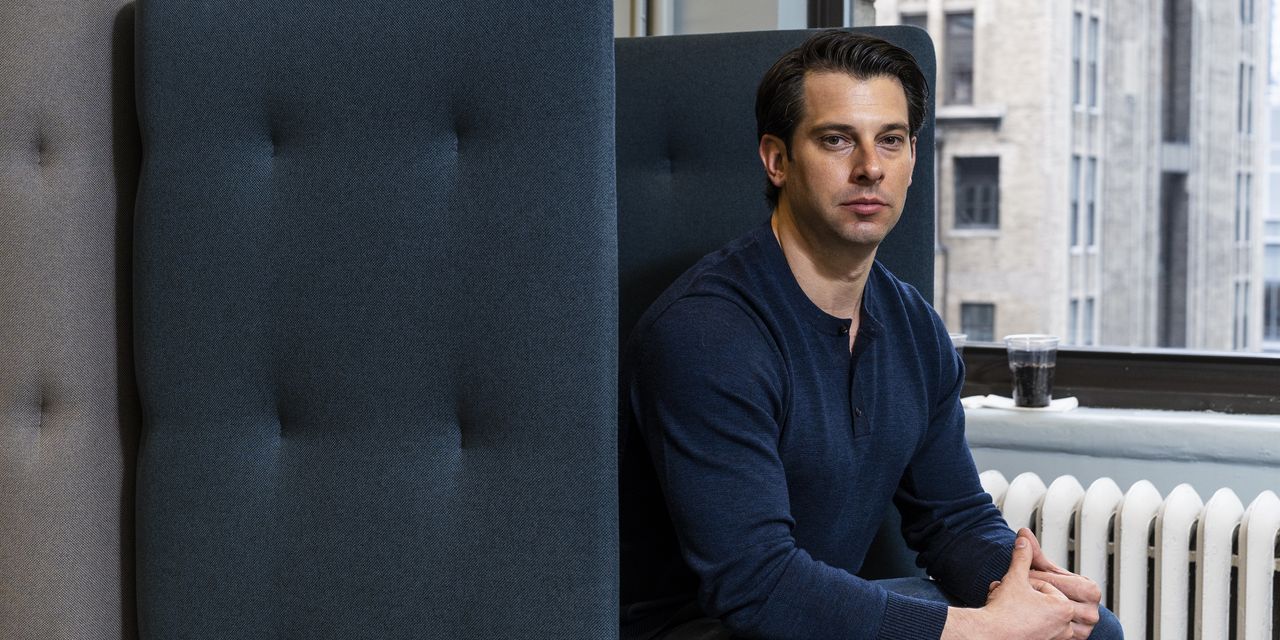